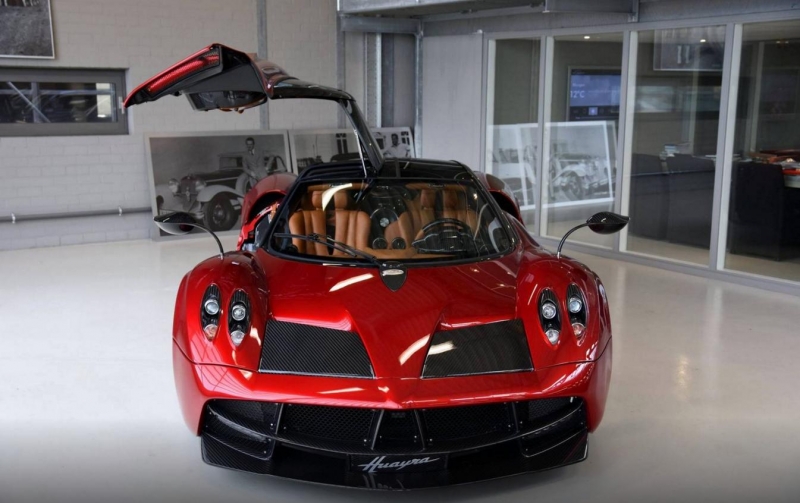 The first and the only Pagani Hauyra available on the Dutch market is currently shining in the showroom of Dutch exotic car dealership in Waardenburg.

A hand-built red Pagani Huayra was for the first time officially registered in the Netherlands. The Italian supercar features a 6 litre twin-turbo V12 that is capable of rushing to a 100 km/h in just 3 seconds. It is the first and the only Huayra in the country. However it is not the first Pagani in the Netherlands. There have been rumours of a Dutch-owned Pagani Zonda frequently appearing in the Netherlands, albeit it with Belgian license plates. Knowing the heavy tax regulations and so-called ‘BPM’ that Dutch citizens have to pay on top of the price of a new car, the Pagani Huayra may be among the most expensive cars currently on the Dutch market. The price of this particular car is easily worth of a million euro’s. A complete carbon fibre bodykit may cost as high as €112.500, to put things into perspective. The Pagani Huayra is currently shining in the showroom of Dutch exotic car dealership ‘Thijs Timmermans’ in Waardenburg.